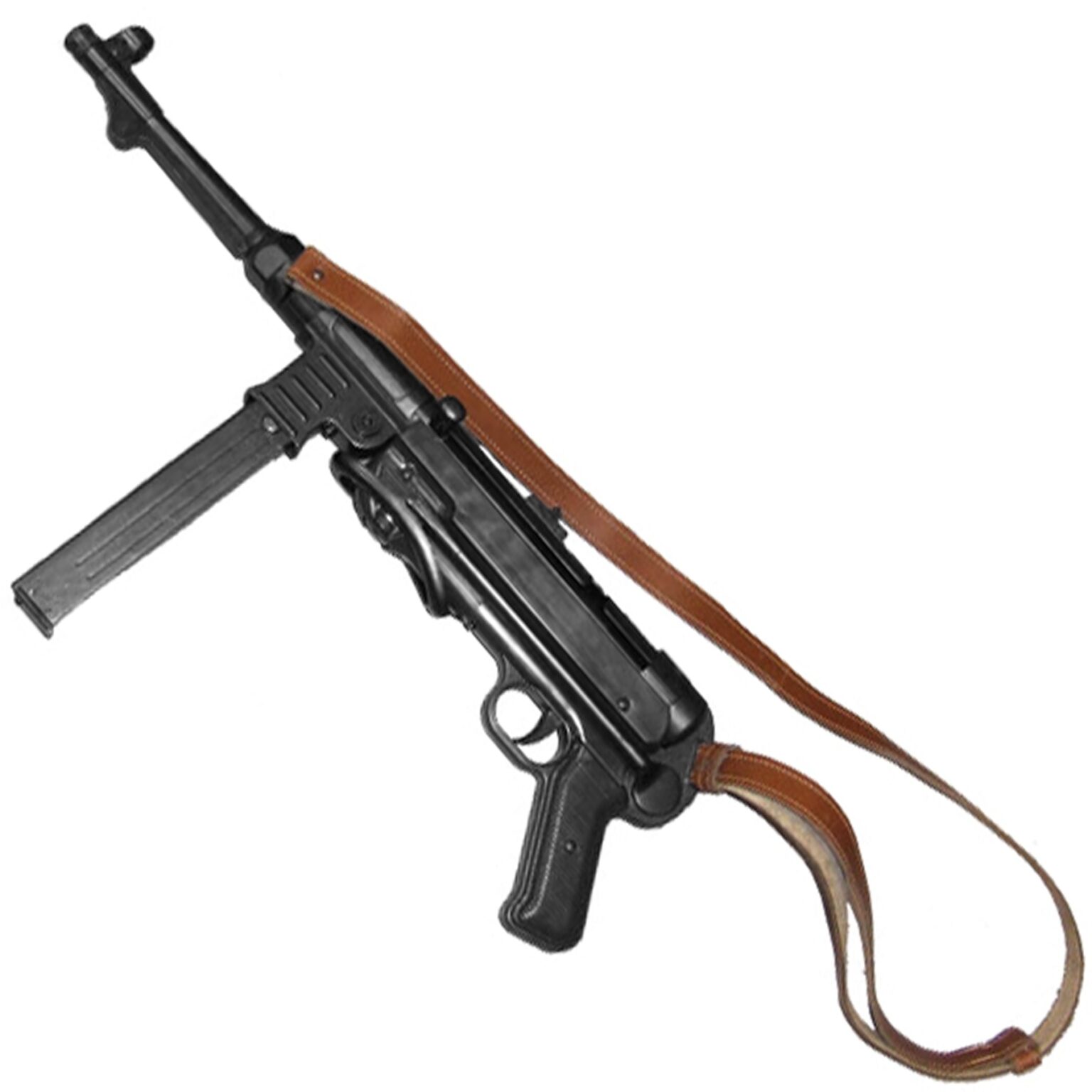 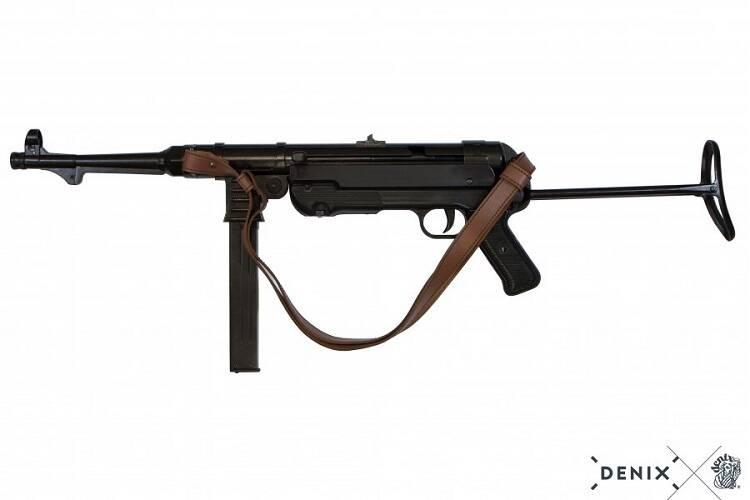 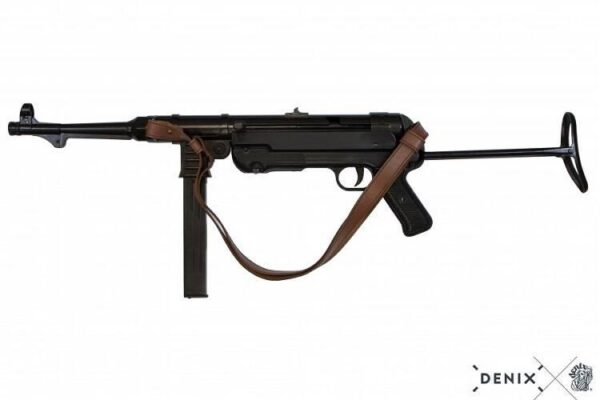 IN STORE PICKUP ONLY – CAN NOT BE POSTED

Reproduction of a submachine gun, made of metal and plastic, with simulated loading and firing mechanism, removable magazine and adjustable leather belt.

The MP40 (Maschinenpistole 40) was designed by Heinrich Vollmer in 1940, with the aim of equipping German soldiers with an assault weapon. It used magazines of 32 cartridges of 9mm and its effective range was about 100-150 meters. It was a very reliable weapon and it was very economical to manufacture. It had a relatively weak recoil even when firing in bursts, due to its low rate of fire; this allowed it to be more precise for the close range (urban areas, forests, etc.) than other submachine guns of that same period, but it was less effective in the open areas because of its limited reach; this was one of the reasons that motivated the design of the Stg-44, the predecessor of modern assault rifles.

This automatic submachine gun was widely used by the Nazi Germany troops (usually by officers, mechanized infantry and paratroopers) during the Second World War, a global military conflict that occurred between 1939 and 1945, in which most of the nations of the world were involved, including all the great powers, grouped in two opposing military alliances: the Allies and the Axis Powers. It was the greatest war in history, in which these great contenders applied all their economic, military and scientific capacity to the service of the war effort, erasing the distinction between civil and military resources.